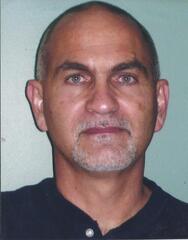 A great shift has taken place in Christian worship, and I played my part in contributing to it.

About 30 years ago I was new on staff at First Alliance Church in Lexington, KY.  It was the beginning of the 'worship team' era, and I knew that our church would respond to what was emerging in contemporary Christian music if given the chance.

They did and the church grew.  Our worship team also took off and grew into three rotating teams.  There was some marvelous worship band-style music emerging in the Body of Christ and we were eager to use it all.  Since then the production of 'worship music' has become rather overwhelming, and not necessarily in a good way.

A lot of years have passed, and it is coming home to me that the flood of contemporary Christian music has washed the grand heritage of great Christian hymns to the weedy banks.  There is a vast store of traditional music which has been tested by time and is very rich in its content.  The music is often glorious as well, preserving a stately majesty that we really need to help balance out the feel-good beat of Christian 'rock'.

Although a big proponent of the Christian worship band for many years, I grew up playing the old hymns in church.  When you play through hymns regularly you read them and feel them in a very deep way.  I have found myself returning to this great treasure of older 'psalms, hymns and spiritual songs', and wanting to find a way to say that this is something that we not only should not lose;  Ii is a great source of spiritual wealth bequeathed to us from our Christian heritage and identity that we should continue to drink from deeply.

Not every hymn seems to have the same lasting value.  Thousands upon thousands have been written.  Between just Fanny Crosby and Charles Wesley alone were composed nearly 15,000 hymns!  The same goes for the ceaseless output of 'contemporary' Christian music.  But the Body of Christ tends to recognize the ones that capture a vibrant and substantial biblical message in word and tune.  Those, we should draw into our minds and hearts and know well.  There is a spiritual power in the lasting hymns and songs of both of these strands of worship music styles.  I believe we need to not be forced to choose one or the other, but draw from both in regular worship.  Let's be careful to preserve our heritage while at the same time judiciously adding to it what represents well the Truth and Beauty of our Lord.Jesus